Protecting the People Who Protect Pennsylvania 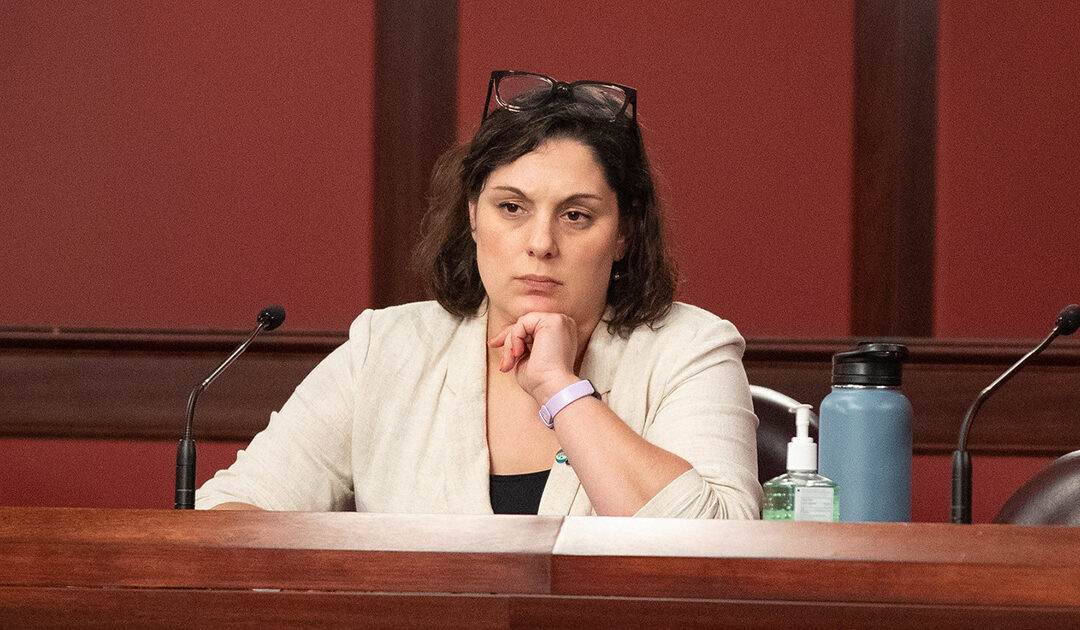 There’s a common perception that first responders – police officers, firefighters, emergency medical technicians (EMTs), and veterans are tough. We see first responders as thoroughly trained experts, ready to handle a multitude of high stakes, stressful scenarios. In a similar vein, we perceive veterans as strong, selfless individuals who can handle extreme situations with discipline and fearlessness. In many instances these generalizations can be true, but I think they rarely tell the whole story.

Above all else, first responders and veterans are people. They are susceptible to mental health challenges, like everyone else, and in many cases are more prone to trauma, stress, and addiction because of the nature of their jobs and experiences. Without support from lawmakers and treatment that can address these mental health challenges, our first responders and veterans are often left to struggle on their own and turning to self-harm by firearm violence for relief.

I recently hosted a candid panel discussion with Congresswoman Madeleine Dean, leaders from Action Tank and Ceasefire PA, and Pennsylvania veterans and first responders on this topic. Our panel identified many factors that are fueling suicide rates among these communities, including stigma around mental health treatment, isolation, and a higher likelihood of owning a firearm. As for solutions, the list is long and requires collaboration between government officials, local leaders, and community members. The answer to this issue is complex, like the problem itself, but I walked away from our conversation committed to creating change.

We often talk about what can be done to address firearm violence after a tragedy occurs, but there’s so much action that can and must be taken preventatively. For example, funding access to quality mental health treatment is an upstream solution that can provide veterans and first responders with an outlet for their pain and emotional distress. During our panel discussion, Congresswoman Dean spoke about the action she took to get $7.5 million of federal funds invested in suicide prevention programs and support for officers suffering from stress and mental health challenges. And in Pennsylvania, the Legislature recently approved a 2021-2022 budget that allocates $30M for community violence prevention programs, which will give a boost to grassroots mental health, job training, mentorship, and education services that best know the needs of their communities. These investments are important, but must be coupled with legislative action.

Delaying immediate access to firearms is another commonsense solution that can save lives. In fact, I’m the co-sponsor of a bill to establish a 72-hour waiting period for all firearm transfers. Research has shown that waiting period laws reduce both suicides and violent crime. Many studies suggest that most suicide survivors, for example, contemplated their actions for only a brief period—often less than 24 hours—before making a suicide attempt.

Extreme Risk Protection Orders (ERPO) can also keep firearms away from individuals who may temporarily be a threat to themselves or others. In another bill I’m sponsoring with several of my Democratic colleagues, we’re calling for ERPO to grant family members and law enforcement the ability to petition a court to temporarily suspend an individual’s access to firearms if there is documented evidence that an individual is a threatening harm to themselves or others. The person subject to that order must surrender their firearm(s) to police and will not be able to buy, sell, or possess other firearms until a judge deems it safe but not to exceed one year.

In addition to policy change, education about mental health, the prevalence of suicide by firearm violence, and secure firearm storage can empower community members to be advocates for each other. For example, three simple best practices for firearm storage – unloading the ammunition, locking the firearm, and storing the firearm and ammunition in separate locations – can prevent immediate access to a firearm and deter an individual from making an impulsive, lethal decision.

I’ll say it again, firearm reform is a complex issue. There is not one simple solution, but in fact a multitude of actions, laws, and education that can stop the troubling rise in firearm violence we’re seeing today, both in homicide and suicide rates. In the broader discussion of firearm safety, we need universal background checks, more regulations on lost and stolen firearm reporting, and continued work to get ghost guns out of neighborhoods. To specifically address the issues facing first responders and veterans, we need to prioritize access to quality mental health services and implement policy that inserts protections for those who may be at a heightened risk to themselves or others.

I’m passionate about these policies and actions because they can save lives. I am a member of a firearm-owning household, but I also support commonsense laws that offer protection and safety. I’m not fighting for the outlawing or restriction of firearms. I’m fighting to protect people with the same drive I’ve witnessed from our first responders and veterans.